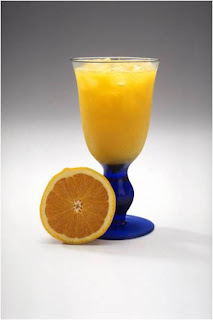 I recently received an email question - am posting the question and my response as it may benefit a large section of readers:
Email Question:
Myself and my wife are planning to start a fresh fruit juice centers in and around Bangalore & Mysore..Since you are into restaurant business, can you please throw some light on this area? Need some ideas on locations and general people buying behaviour for fruit juices etc. Also if you can help me in sharing few ideas regarding the finance part too, so that first time entrepreneurs like us would be grateful.
Response:
Do check my post on Juice Junction - http://restobizindia.blogspot.com/2011/03/featured-business-juice-junction.html. I do believe they have got their basics right.
You need a high footfall location - ideally a small unit in a busy pedestrian road, better still - a corner building in that area. You can check the kind of areas Juice Junctions are located. That will give you a great sense of the kind of places that this business will work in.
This is also a very price sensitive business - again check the Juice Junction pricing. There are folks who have tried more expensive variants in fancy locations / malls - e.g. Booster Juice, Acidic in Bangalore. My assessment is that they are not doing well as a business. In Bangalore, Juice Junction is the benchmark. Ganesha Juice Center is a lower cost variant of Juice Junction.
For first time entrepreneurs, getting financing / loans is difficult, unless you have some collateral - e.g. property. So you will have to arrange for your own financing
Posted by Jayanth at 11:36 PM 19 comments:

Here I am referring to websites such as www.Justeat.in, www.delyver.in, www.bookmytakeout.com etc. Justeat is clearly the most popular of the lot and I am going to talk about how their model works.
FYI: Justeat is a UK company which acquired Bangalore’s own startup in this space hungryzone.com, started by a few IIT guys.
Their business model is quite nice - easily scalable online model with a 10% commission on the order value. They know that restaurants will start complaining about the 15% commission being high. To circumvent this problem, they are trying to market their website very hard to customers hoping that restaurants won't have a choice but to list to Justeat and cough up the commissions. They may well succeed as they do not have any serious competitors in sight - atleast in India. Zomato seems to trying to replicate the Justeat model, in addition to their restaurant review focus.
Value Adds provided by Justeat:
Justeat, after the acquisition by the UK company, has become very aggressive with their marketing and is also using creative ways to add value to the restaurants.
I must say that I am impressed with the aggressiveness with which they are trying to build their brand.
Delyver.in, on the other hand is trying to provide genuine value to the restaurants by trying to manage the delivery logistics (i.e. they operate bikes with a delivery box and are trying to get restaurants to outsource their delivery service to them). While this is more value adding and restaurants won't have a problem paying 10% or even higher as commissions to delyver.in for doing this, managing the logistics of their operation is a challenge. If they can get their execution right and figure out a way to monetize their service, then delyver.in would be more useful to restaurant business owners than Justeat. Delyver also supports other establishments (not only restaurants) with their delivery services.
It will be interesting to see in a few years what happens to both of them. My guess: Justeat with their new investor, cash on hand and some real aggressive marketing will end up dominating this space. Zomato is attempting to catch up with Justeat, but will need to be even more aggressive than Justeat with their marketing and brand building - maybe they can start with the cities not currently supported by Justeat.
Posted by Jayanth at 6:29 PM 38 comments:

Email ThisBlogThis!Share to TwitterShare to FacebookShare to Pinterest
Labels: Marketing your Restaurant 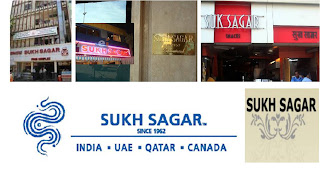 This post is based on an interview with Siddarth Poojari, a second generation member of the Sukh Sagar family.
The Sukh Sagar Story:
In 1962, a young man, Suresh Poojari from Kundapura (a town near Mangalore), went to Mumbai (the City of Dreams at that time for a lot of Indians from the smaller towns). He worked in the docks, local restaurants for a few years. Suresh started his own business by selling fresh fruit juices on a cart in the Chowpatty area. This cart model became famous and thus was born Sukh Sagar – a small joint serving fresh a variety of Vegetarian snacks (Pav Bhaji, Sandwiches, Idly, Chinese fried rice etc.) and fresh fruit juices.
With a successful business under his belt, Suresh’s family urged him to do something in the south – thus was born the first Sukh Sagar in Bangalore – in the Gandhinagar area with a 1000 sft space serving the same cuisine as in Mumbai, with the addition of a variety of Chaats. The proposition was the same – reasonably priced Vegetarian snacks and fresh juices. In the meantime, business in Mumbai expanded with “Sukh Sagar Welcome”, a place which had an AC section and a non-AC section.
Today, Sukh Sagar has 22 units – 8 in Mumbai, 7 in Bangalore, 1 in Mysore, 1 in Chennai, 2 in Dubai, 1 in Saudi Arabia and 2 in Qatar, with a few more already planned (4 in Chennai, 1 in Dubai). A North American foray in the works (based out of Toronto). All these units are company owned and operated.
The company is now managed by Suresh Poojary's three sons. They believe in controlled/conservative growth and have shied away from Venture Capital investments to fuel growth. The company is working on a franchise model though to drive future growth. The first franchise is expected to be operational in Bangalore very soon. The plan is to create a model unit in each city, set-up centralized procurement and support systems and then expand in the city through the franchise model. Their business model is very flexible and depending on the space and the investment the franchisee brings in, they will create a suitable format – QSR, Sit-down restaurant etc. The typical investment range is 30 lakhs to 2 Crores depending on the format.
According to Siddarth Poojari, who also operates City Bar (in UB City), Kobe Sizzlers (Koramangala) and Zafran (St.Mark’s Road), restauranteurs will need to line up enough investment to sustain about 7 months of operations (3-4 months of pre-operating expenses and 3 months for the restaurant to establish and break-even).
Posted by Jayanth at 7:19 PM 13 comments:

What exactly happens when you order something in a restaurant? 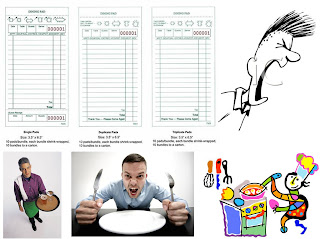 Though I have written a post on this earlier, there were a few readers who wanted me to elaborate the process a little more. I am doing this now.
Once again, I am going to talk about the old style Pen and Paper approach – not the fancy electronic touch pad systems that are now available. Having said this, you will notice that most restaurants in India (including the fine dining ones) still use the “Paper & Pen” approach.
So the next time you go to a crowded restaurant, be a little more nice to the staff – most of them are typically on their feet most of the time and are trying their best to keep things under control.
Posted by Jayanth at 8:11 PM 11 comments: