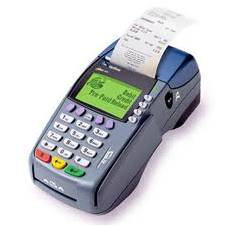 If you have paid at a restaurant using your credit card, have you wondered how the tip amount which you write on the credit card payment confirmation slip gets processed?

Once the waiter gets you the bill for your meal (say Rs.840 including all taxes), you hand over your credit card to him. He then takes the card and the bill to the cashier, who swipes your credit card for the amount (Rs.840) using the Credit Card Swiping machine (generally known as the EDC Machine or Electronic Data Capture Machine). The credit card payment receipt slip looks something like this, with the swiped amount shown and with a bank space for you to write the tip amount. 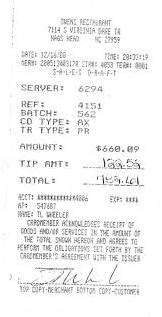 Once you write the tip amount (say Rs..60), write the total (Rs.900 in this case), you leave the slip in the bill folder, take your credit card and your receipt and leave. The waiter then goes back to the cashier, hands over the slip to the cashier. The cashier than presses the "TIP ADJ" or "Tip Adjustment" button on the EDC machine. The machine asks him for the Credit Card Bill Number. Once the number is entered, the machine shows the earlier amount swiped (i.e. Rs.840) and gives an option to the enter the new amount. Once the cashier enters the new amount (Rs.900), the EDC sends this data to the bank and the customer is charged Rs.900. The earlier charge of Rs.840 gets replaced with the new amount.

While chances of fraud using the "Tip Adjustment" option are technically possible, it generally does not happen for the following 2 reasons:
1) Even if the cashier were to charge the customer, the money goes into the restaurant's bank account. So it is not Cash that becomes available right-away (If the restaurant has the practice of taking the tip amount from petty cash, then it becomes a case of cash being available readily and the chances of fraud increases to some extent).
2) If a watchful customer notices a different amount on his credit card statement and complains to the bank about an additional charge, the banks typically place the amount in a suspense account and initiate an investigation. The banks are very strict about this and the investigation process is quite painful for the merchants and requires submission of the signed credit card receipt copy alongwith other transaction details.

For a restaurant, it is prudent to check the credit card transactions once in a week/fortnight (randomly) to ensure that no fraudulent practices occur.
Posted by Jayanth at 7:21 PM 27 comments: 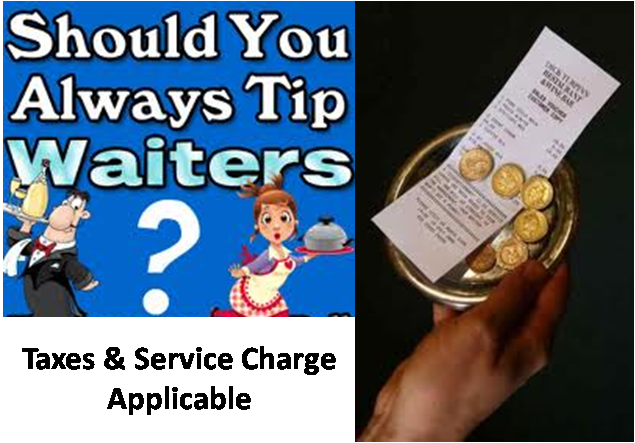 Most people leave tips for the waiters after paying for their meal at the restaurant. The tip amount varies depending on the customer, the service provided by the waiter and the overall restaurant experience. No offence here, but in India, the tip amount left by customers at most restaurants is typically very small - essentially the loose change is left behind or if it is a credit card payment, the amount is rounded off to the closest 10's or the 100's.

Tips are a very integral part of the waiter's and the restaurant staff's work lives. Think of it as a discount you get on something that you buy. Though you may be spending a 1000 bucks for the product, the 5 or 10% discount makes you feel quite happy. The tip amount that a waiter receives has almost the same effect. How do restaurants deal with tips and how does the money go the waiter?

In most restaurants in India, contrary to popular perception, the specific waiter does not pocket the tips. All the tips received are collected in a common box and a formula is used to divide the total tip amount among the waiters, the clearance boys and the cooks. Typically the amount is divided and handed out before the staff leave work at the end of the day. In some restaurants, the cashier or the restaurant manager collects the amount and then the distribution happens once a week (typically on a dull day like Monday). For credit card payments, the tip amount is noted down by the cashier and the amount is taken out from petty cash (cash kept for petty expenses) and added to the tip pool and distributed.

Over the last year, most fine-dining/premium restaurants have started including "Service Charges" in the bill - Essentially this is a forced tip ranging from 5% to 10% of the bill amount. Most of these restaurants mention this in small print on the menu. In this case, the restaurant has the accurate data on the tip amount (Service Charge) collected during the day/week/month through their billing software and distributed to the waiters based on a pre-determined formula.

A number of restaurants, especially the ones which charge customers a forced tip (service charge), deduct a portion of the total tip amount collected towards breakages (e.g. glasses, crockery etc. that invariably breaks either due to the customer's fault or due to the restaurant staff's fault while washing/carrying). This amount could range from 10-25% of the total tip amount during a period.

In the case of home delivery, the delivery boys are typically allowed to pocket the tip, as there is no easy way to track the tip amount. Plus it is generally accepted by the rest of the staff in the restaurant, that doing door delivery is a very difficult task and they are quite comfortable with the delivery boys pocketing the tips.