Gramin: How a small restaurant managed to grow and succeed 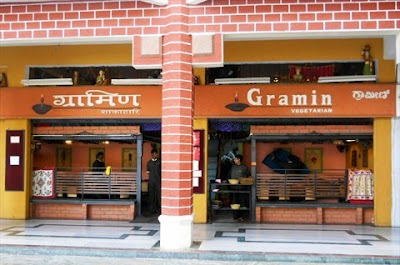 Gramin in Koramangala, the restaurant hub of Bangalore, has just completed 13 years – a remarkable achievement given Bangalore’s open-and-shutdown rate – and has marked the milestone with an expansion, acquiring space, adding covers and augmenting the kitchen.
Gramin began life as a tiny, even cramped restaurant in November 2002 and I went there in the early days on the recommendation of a colleague, a vegetarian, who ate there almost every day. I was utterly impressed on my first visit by the sharpness of focus and the commitment to quality that the owners, Sima and Kashyap Doshi displayed. I went several times after that, always dining on excellent vegetarian food -- cooked with good ingredients and eschewing artificial colour, flavouring agents and other tricks that commercial kitchens resort to – and served in a simple, rustic setting. It was my pleasure to pick Gramin as Best Vegetarian Restaurant in Bangalore for the Times Food Awards the next year.
So, it’s most gratifying to see this restaurant grow from its original 20-seater version to a space that seats 150 diners now. I was there on a Friday afternoon and it was reassuringly packed. The all-in-one thali is a hot-seller at lunch time, but guests can order a la carte, too. The menu hasn’t deviated from the original concept: a line-up of tasty vegetable dishes, dals, well-made rotis and rice dishes. They’ve now added on ‘diet subziyan’, low or no-oil dishes that taste just like home-cooked and also do home deliveries.
The success of Gramin lies in what the Doshis have done as well as not done. They have resisted the urge to expand too soon, waiting for nearly a decade to do that. They haven’t wanted to scale up or even open another branch, despite many demands to do so. This is because the very essence of this restaurant is the quality that can only be assured by the hands-on approach and involvement of the restaurateurs. Kashyap Doshi is there, day in day out, at every meal service, keeping an eye on the kitchen, interacting with customers, rushing to address the smallest complaint. And it’s all paid off.
Here’s wishing this gem of a little restaurant many more years of success.

Flashback 2015: What and how we ate this year 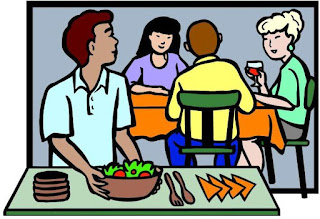 As the year draws to its inevitable close, here’s looking back on the trends that ruled the business of eating out (and also ordering in). These will also provide pointers to what to expect in the new year.
Casual was the new cool: Restaurants kept opening everywhere, but you’d be hard put to it to spot a formal dining space among them. Perhaps it’s the stressed-out lives we lead, especially in our Metros, but when people went out, they wanted to kick back and just chill. Nearly all new restaurants wanted to cater to this segment and went casual with design, menu and service.
Brewpubs and gastropubs were the in thing: More microbreweries opened – even in Bangalore where there already seemed to be a surfeit of them – and also did decent business. Other new drinking places wanted to call themselves gastropubs which are, essentially, watering holes that also take their food seriously. But many just ended up being pretenders and didn’t make it past nachos and masala fries.
Chefs became more eco-conscious: In the high-end restaurants, especially the ones with name chefs, we noticed a conscious attempt to cook with local, seasonal produce. The over-use of imported ingredients, no matter how exotic, began to look decidedly regressive. Beyond the gourmet destinations, even small restaurants in small towns began to work with millets and natural ingredients – a reassuring sign that eating out can also be a healthy pursuit.
Playing with the classics: So, Manish Mehrotra can serve burrata papdi chaat and drizzle his wild mushroom kulcha with truffle oil.  And Monkey Bar added playful twists to familiar dishes. Elsewhere, ‘me-too’ chefs decided to introduce quirky elements to the classics, frequently with unsavoury results.  Tweaking dishes, particularly Indian ones, takes expertise and mastery, else the effort ends up being mere gimmick.
Cocktails got quirky: Bartenders were in the mood to experiment, serving cocktails in anything from a steel lota to a pipette balanced precariously on a martini glass. Smoke, dry ice and other drama surrounded the drinks as well. I would, however, draw the line at serving a Mojito in a saline drip bottle. As for the cocktails themselves, most bars still relied on synthetic syrups and flavourings, which isn’t what top bars across the world are doing.
We’re the fast food nation: You’ve seen the packed tables at KFC and McDonald’s. And don’t need me to tell you that going out to grab a Zinger Burger and a portion of fries is a great meal outing for a vast majority of people.
We want VFM: While eating out has become a top form of recreation in Indian cities – with more people eating out more often – we seek value as much as we seek great food experiences. This meant even restaurants in five-star hotels, especially the newly opened ones, had to ensure they were perceived as good value for money. It also meant that buffet restaurants and eat-all-you-want offerings continued to enjoy popularity.
Tap that app: So, urban dwellers work long hours, they don’t have the energy to dress up and go out to eat, let alone cook at home. What could be better than simply ordering in! Download app, choose, order, pay and wait for delivery. The food tech business – a misnomer, as Jayanth has explained in an earlier post – saw a boom and has since hit a rough patch. We’ll have to wait and watch how this one pans out in the coming year.

Does service matter in buffet restaurants?

I went for lunch to Ginger Tiger in Indiranagar with some colleagues the other day. It was Friday afternoon, apparently the preferred time for team lunches, and the place was filled with large groups from the offices around. It’s only a small restaurant and the inside space was packed, so we were sent off to sit outside. It turned out to be their corner of Siberia.
No waiter appeared for the longest time and so we manoeuvred ourselves to the buffet counter at the far end of the restaurant. Then, a waiter turned up and shepherded us right back to our tables, saying soup and starter would be served at the table. We returned to our tables and took another 10 minutes for the soup to arrive, another 10 for two plates of momos. There was another grilled starter but that didn’t arrive at the table and so we decided to hit the buffet instead.
Meanwhile, one of the waiters told us we could have a custom-made stir-fry and asked us to tick boxes -- veggies, meat, sauce etc – on the slips that were on the table. We did that and walked up to the buffet. There must have been ten chafing dishes and half of them were empty. The waiters were all scurrying around, looking hassled and when I asked one of them if the dishes didn’t need topping up, he said, ‘Yes, ma’am’, so I waited around for a bit, but the chafing dishes were still empty, so I served myself some rice and salt ’n’ pepper vegetables and returned to my table.
One person at the table asked again for the grilled starter and that arrived mid-way through our ‘meal’ of only half the dishes on the buffet. And, oh, the stir-fry bowl, that arrived long after we finished. And even later, by some strange quirk, waiters brought around another order of stir-fries, asking if anyone had ordered a repeat. We hadn’t.
I have said before in this very space, that good food takes time. But this buffet meal – which is usually a question of  walking up and serving yourself – took inordinately long. Besides that, service seemed to be all over the place. A manager appeared, ostensibly to chip in and take some of the pressure off, but displayed such a bad attitude that even I, normally very forgiving of service slip-ups, was riled. That’s when someone at my table said, ‘All we need to do is get on to Zomato and talk about the service here.’
There’s a lesson in this for restaurants, other than the fact that they have to deal with the pitfalls of social media. It’s that people are willing to overlook some shortcomings in the food, but when service stumbles, it usually upsets customers.


What was this particular restaurant doing wrong? Were they understaffed? Surely, they know Friday afternoons are busy times and needed to be prepared for that. Why did it take so long for the chafing dishes to get replenished or for a bowl of soup to reach from counter to customer? It looked like the place depended on the crowd that looks for ‘eat-all-you-want’ offers. But does that mean those customers don’t care about being served well? My guess is that even a simple work flow was not in place here and a not very customer-friendly manager was only dragging things down even further.
Posted by Priya Bala at 1:43 AM 4 comments:

When restaurants are stung by social media 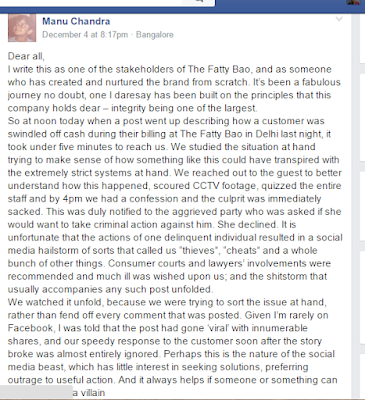 This is an unusually long -- unusual for the writer, that is -- post from Manu Chandra, one of the country's most admired and respected chefs.
It recounts how the misdeed of one errant member of The Fatty Bao team in Delhi went 'viral' on social media, with the mud-slinging turning into a barrage of allegations against the brand and its owners.
Manu Chandra narrates how swiftly they acted in the wake of the incident and what action was taken. Still, there was no undoing the damage that had already been done.
Social media allows customers to take public every complaint -- from a delay in service to, as in this case, 'swindling'. Disgruntled customers would rather vent and share than have their grievances redressed by the management of a restaurant, which is what any sensible person should do in such a circumstance. That, as Manu puts it, is 'the nature of the beast' and some people seem to derive a perverse pleasure from being able to rip apart restaurants and reputations on these very public platforms.
If it's merely a bad review, the restaurant can, perhaps, dismiss it. But accusations of a lack of professional ethics cannot be dismissed thus. So, a response such as this is called for and completely justified. Many of those who commented on Manu Chandra's post welcomed the stand he took and were clear they would not be swayed by the negative publicity.
Other restaurateurs who face similar situations may want to take a cue from this -- provided their commitment to running an ethical business is clearly established.
The other issue this incident raises is, of course, that of the integrity of your staff. I know for certain that Manu Chandra handpicks and trains his teams across his restaurants. Still, there are no guarantees against hiring the odd employee whose integrity is questionable. It's always a challenge for restaurant owners. Constant scrutiny and the sternest action against errant staff  is the only way you could possibly hope to tackle these situations. It also pays to bear in mind that social media is out there, licking its chops and rubbing its hands, waiting for the slightest slip-up on the part of restaurants.